The avatar I was using for Twitter was something I put together quite some time ago. So long ago, I used a little program called Freehand to make it. Which is dating myself quite a bit. So it was time for a new one. 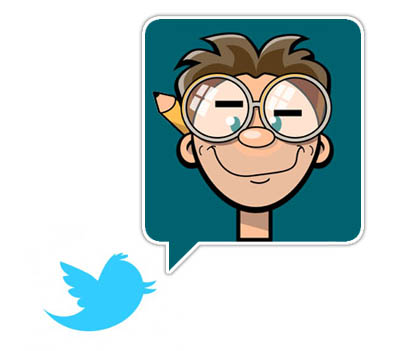 This one started out as a sketch I quickly scrawled out on a notepad. I then took a quick snapshot using my iPhone, and brought the image into Adobe Ideas to develop a nice quick vector image. Every Adobe Ideas drawing allows for one image to be used as a background. In this case, I was only using it as a guide for the rest of my linework. I would delete the image afterwards.

My quickie snapshot. Would have been better without the flash, but good enough for a guide. The massive checkmark was just a little reminder to me that this was the sketch I wanted to flesh out later.

This one turned out rather well. It has taken some getting used to using speed to adjust the line thickness rather than pressure. I wound up using the undo feature quite a bit. So regardless of the somewhat loose looking colour use and sketchiness of the line work, this is actually quite a controlled piece.
Enjoy.