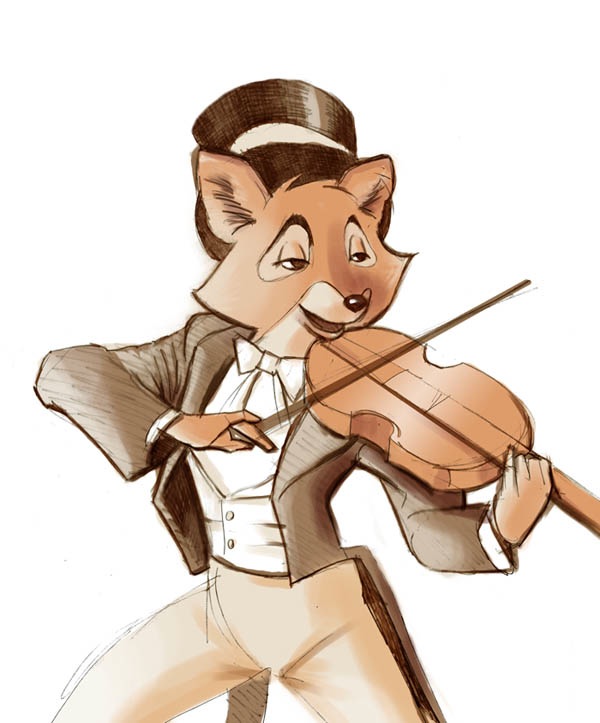 Yeah, I know, it’s supposed to be the Cat and the fiddle, but I needed a clever intro, so there you go.

This month, The Secret Handshake was held at some place call the Fox and Fiddle pub. Very recently opened. Pretty swanky place. Located in Winnipeg’s historic Exchange District, I believe the building was originally a bank. It’s pretty much a solid block of marble. Right next door is a dance studio. Kimmy and I used to take dance classes there.

For some reason I wasn’t very hungry that night. My waitress recommended the Mediterranean flatbread. Was pretty good. Kimmy would have liked it. Was very olive-y. I guess that’s where the Mediterranean comes from. Maybe I’ll take Kimmy there in a few months once certain things have settled down. Assuming they ever settle down again (huh?).

Otherwise, it was a pretty typical evening of the Secret Handshake. The usual assortment of Winnipeg’s finest (and sometimes eccentric) creative talent. I did have a bit of a first though. Someone asked me a new question! Most peoplewant to know things like how I found out about Secret Handshake, or how many times I had been. Other are intriguedby my particular line of work (one actually looked terrified!) and ask me questions surrounding that. But this guy wanted to know what I had planned for myself a few years down the road. Truthfully, I have no idea. I don’t think I can keep going being just a designer, a cog in the wheel of a big company. I’d like to be at least doing something else with my creative talent at least part-time in the future. Not what that includes exactly, I am still leaving pretty much in the open. It could just be freelance design, illustration or maybe dipping my toes in fine art. Rather then trying to explain all that in a noisy bar, I took the leap and just went with the fine art aspect and that I’d hope to one day have my work hanging in a gallery somewhere up for sale. The guy (whose name escapes me right now) was rather surprised and perhaps a little unsettled by my response. Afterall, the fine art gig is a very tough road to travel. And I think about outside his realm as well. I believe he was some sort of computer programmerator. Though he did give me some good advice for my design career that I think would apply to just about anyone. He said, and I’m somewhat paraphrasing here, that I should really try to put my own attitudes and ideas about design into my work, that way I’ll stand out as a person and not just be another vaguely anonymous designer. Words to live by. And then no sooner were these words spoken, but another wild-eyed and half-crazed programmerator descended upon us. I gather my would-be mentor is well known in theprogrammerator crowd, and this wild-eyed crazy man was looking for someone to unload onto. I ws entirely certain whatwas being talked about, something very meta, whatever it was. Though I have a sneaky feeling I have a rather differentdefinition of meta then others it seemed. So the conversation was hijacked, and while I was by no means upset about suddenly having to deal with crazy programmerator stuff, hijacking conversations did become somewhat of a theme for a good chunk of the evening. 🙂

After a few hours of mingling, it was time to make like a pumpkin. It was a school night and this kid was getting pretty tired. While I left earlier than most, it was a bit later than I had planned (around 9:30 or so) and I had a bus to catch.

Oh, and as far as I know, the dish didn’t run away with the spoon. Or at least not while I was there.