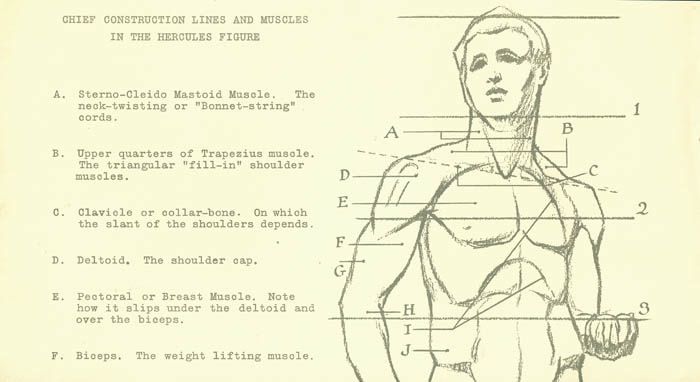 Image scanned from some really old reference material I inherited from my grandfather.
Source unknown. Circa the 1930s or 40s.

What makes for a truly great graphic designer?

Lots of ink and pixels have been put to task describing what makes a good designer.
Is is artistic ability? It does help, but no.

Technical skill? Also helpful, but sadly, some of the most design-y designers I’ve known usually run into problems once the files are sent to printers or to web developers, so probably not. But as a sometime production artist, I sometimes think it should be.

Ability to pull off wearing sandals in meetings and drink Starbucks’ rotgut coffee by the gallon? Nope, that belongs to fine artists, not commercial ones.

Knowing all the latest software? Implies there was no graphic design before 1984.

Ability to use “branding” and “analyitics” in general conversation? You’re thinking marketing people.

No, the two most important skills a designer must have are empathy and organization.

Now don’t get me wrong. Most of the other skills I mentioned are important, but these two skills I think make or break designers.

Part One – I feel your pain.

First off, empathy. Empathy? Yes, empathy. The ability to sense others emotions. To “walk a mile in someone’s shoes”. As a creative for hire, a designer may have to design for companies or products that the designer may not have any direct emotional attachment or response to. Can the young twenty-something designer create a piece that speaks to someone in their fifties? Can a woman design for a market that is primarily male? Or vise-versa? What about designing for a market that isn’t very media savvy or hip? While I’m not saying designers should prostitute themselves, they will have to be open-minded enough to realize that their own personal sense of style may be out of place depending on the audience the design is intended for.

Doing lots of research can help. If you are finding that you’re designing for a target audience that you don’t quite fit into, or don’t understand well, you may have to do some investigating. Check out magazines and websites that all cater to this group. Check out the places they hang out in. And listen to your client. Do not be afraid to ask them good questions about their product or service and how it relates to their intended audience. If your client is any good at their job, they’ll know most of that already. Some clients though, might need some help in that department. That’s what a good cohesive team of marketing and creative professionals working together should be able to solve.

Once these things have been figured out, I find lots of thing just design themselves.

So know and understand your client and their audience. It can help stave off future arguments and get the designs rolling quicker.

The devil is in the details.

Over the balance of my career, I’ve either worked on a lot of really small projects or very large singular projects such as annual reports, financial statements, and catalogues. Either of these scenarios requires the ability to stay well organized. Killer design skills won’t help much if you are halfway through a 250 page catalogue and have no idea where half the images are coming from, or how many pages are still out for approval with the client. It’s also much nicer to say something other than, “Beats me,” when your boss asks you how much longer it’s going to be before a project is finished. Same thing applies if you are juggling a lot of smaller projects.

For me, it has become a learned skill. Not something that comes very naturally to me. But it pays big dividends if your boss knows you can be trusted with a big project. Your clients will respect it too.

I know if I was hiring and I had a choice between a really great designer, but a disorganized one, and a mediocre designer with really great organization skills, I’d sooner hire the organized one and try to get their design skills up to speed – often solved with experience and some mentorship – than trying to keep the hotshot under control.

I’d like to be able to recommend a few things like to do and project management software, but basic in and out trays and simple lists have worked well for me in the past. No expensive software needed. Though if you find yourself working in a large group spread out over geographic areas, software may be in order.

Any further thoughts and ideas? Want to complain that I wrote a post about good design and mentioned nothing about actual design? Chime in on the comments!