Grids, grids and more grids. Designers are always going on about grids. Well, most of the time. I trained in being a designer early to mid nineties when grunge was in full swing. We were rebelling against grids. At the very least we were all using very untraditional grid structures. So grids sometimes still seem a little alien to me. So this summer I decided to try and fix that.

I picked up a grid notebook from Walmart of all places (the price was right and it had a grid and was pretty huge) and I went to town. Just playing around with some icons, pictograms and lettering. Even some 8-bit art. Anything that really lent itself to a very strict grid structure. 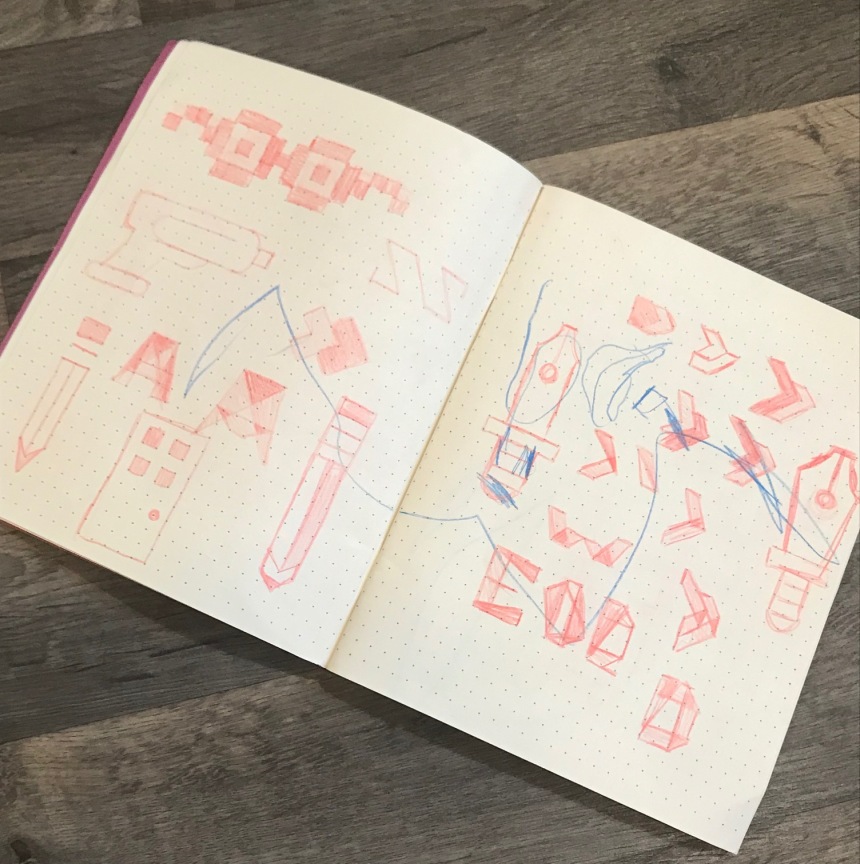 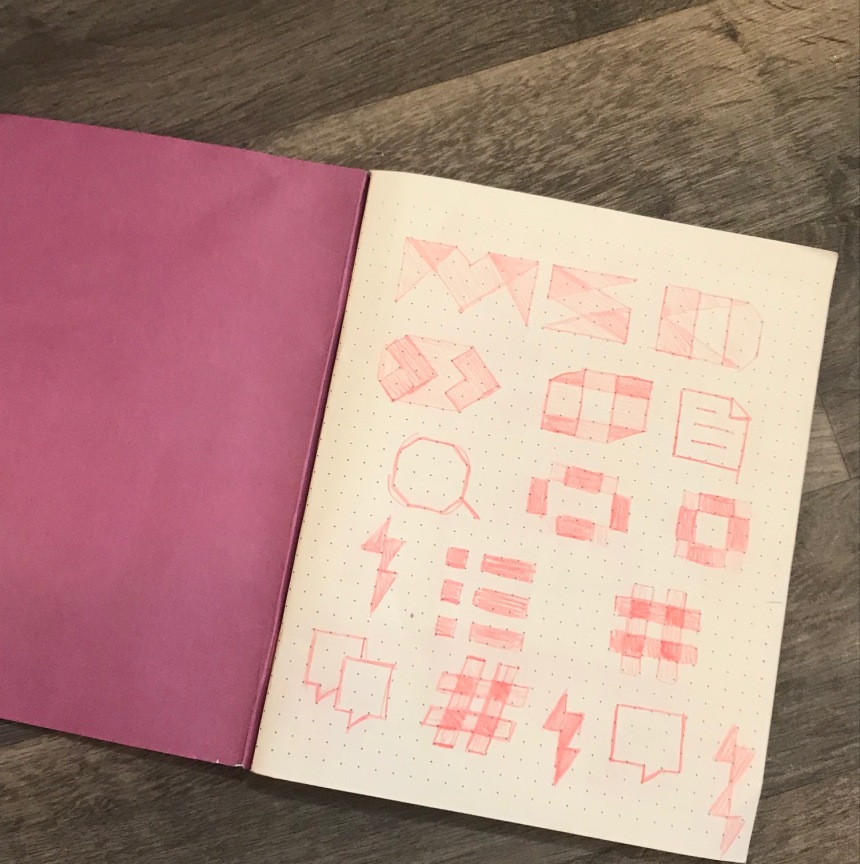 You will have to excuse the very random strokes in the notebook. It’s pretty hard to convince little ones not to play in Dad’s stuff. They have sketchbooks, crayons, pencils and markers. And it makes no sense that all of Dad’s notebooks, pencils and makers are off limits. And it’s hard to get mad at them when you are trying to encourage their own creativity. Not to mention Dad always leaving his stuff around within reach. Luckily, the damage done is minor and easily filtered out or ignored for final production.

The final piece at the top shows some cleaned up final images. Some things there will be pretty recognizable. I think I’m the only person of my generation that never had a Gameboy, though I did spend a summer hanging out with a cousin of mine who had one. He let me play Kirby and Castlevania on it. I thought the Playdate hand-held announced this year was pretty cool as well. EOD is short for Eye Opening Design (this blog), and 44 is my current age. Enjoy!