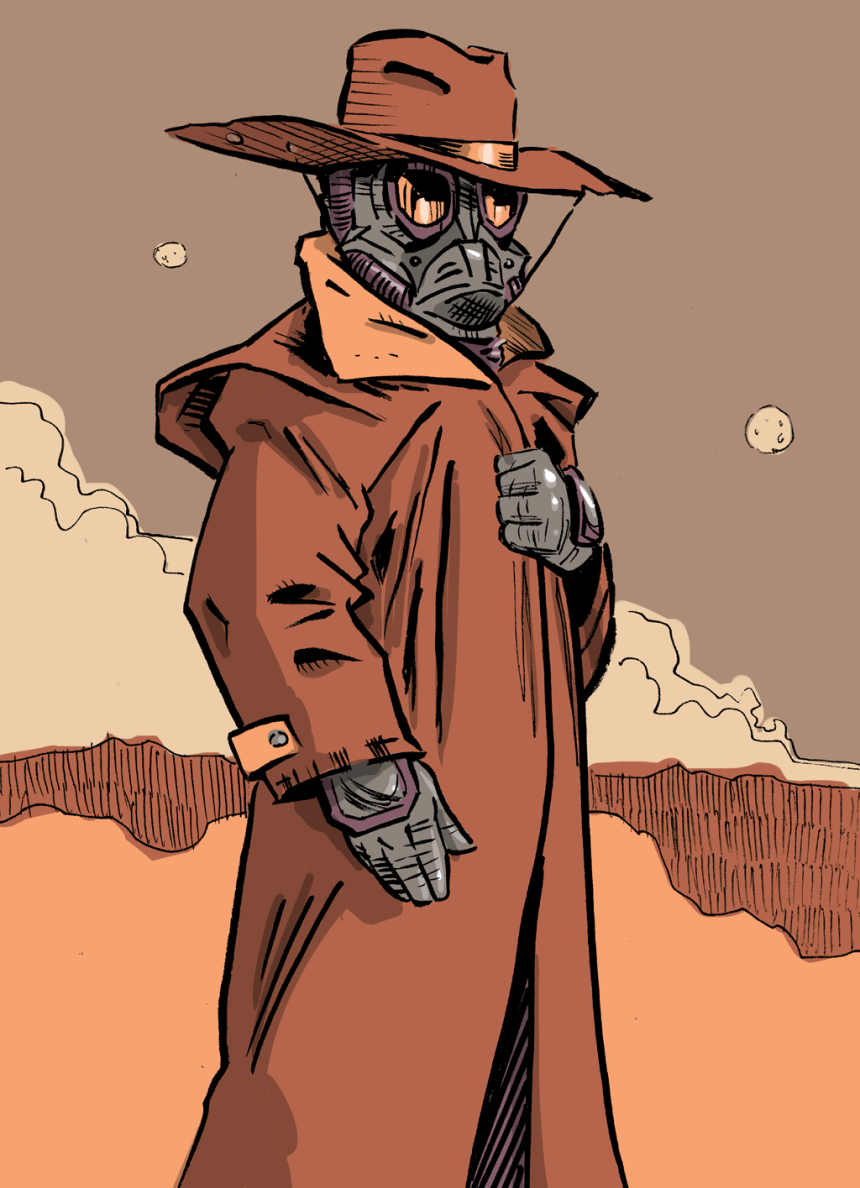 This was a weird idea. Think of Mars as a giant dessert (not hard). Now imagine colonists living on Mars. Ignore the developmental problems of humans living in a much lighter gravity environment. How would we adapt culturally to this alien world? I thought maybe a resurgence of western style garb. With some future tech enhancements. Instead of Steampunk think Westernpunk. Just a nice quick, rough traditional pen and ink sketch, with some very loose digital colour.

I wanted everything to be fairly loose. My day job as a designer demands my work always be very precise and meet the demands of a never ending list of specs. It’s nice to just play around with huff and see what happens.

I think I’ve also taken some liberties with Mars’ two moons. I don’t think they would be that large and visible in the sky. Enjoy!