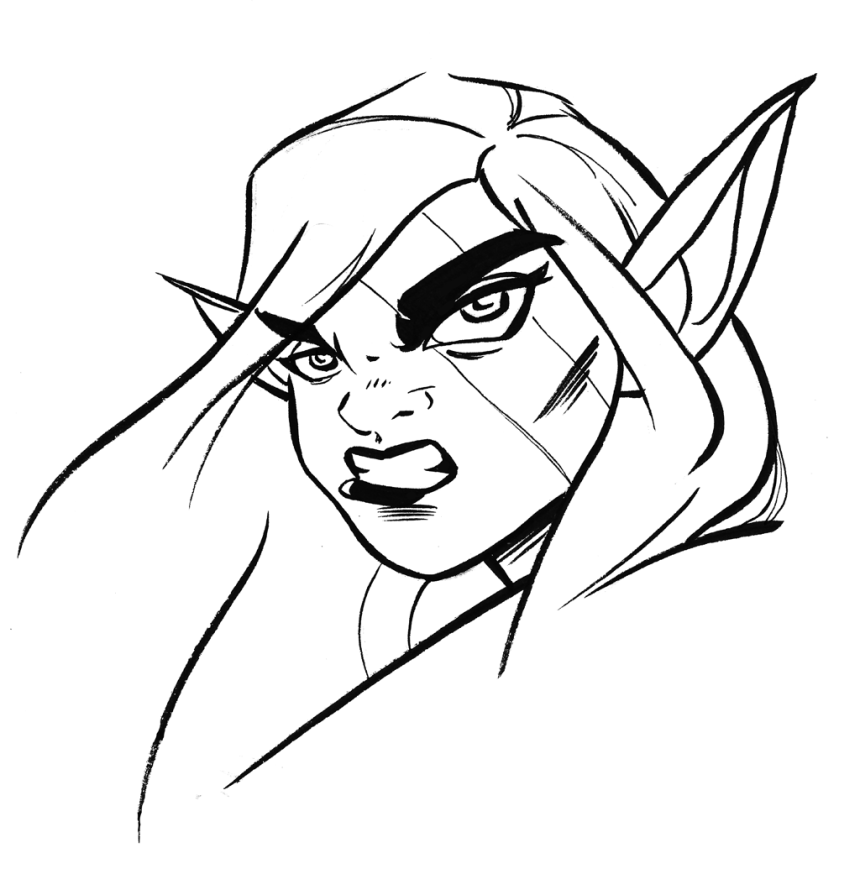 Here’s your staple, run-of-mill angry elf fighter. Everybody has drawn at least one. This one turned out pretty good. I was originally going to finish off this one in colour, but I decided to just leave it as is, right from my sketchbook.

As a quick aside, I was never allowed to play DnD as a kid. My only experience with it was (without my parent’s knowledge) sitting in the basement at a friend’s house waiting for the DM to show up. And waiting. And waiting. He never showed. Didn’t seem like a very engaging experience, so I never understood the draw. Though I did read gamebooks like the old GrailQuest series and Steve Jackson’s Games whenever I could find them as a preteen. Those were pretty cool.